I’m going away for a few days, camping if you can believe it- camping in September, in England! Must be nuts. But honestly, we always go around this time of year, and it’s usually lovely. Weather aside, it’s really wonderful to have this time set aside for catching up with people you might not see that often the rest of the year; renewing old acquaintances and building new ones. There’s usually activities to do but the point is there’s no obligation to do anything except turn up, relax and be yourself. It’s an utter unwind session. These last few hours before setting off have become a bit tense- I’m trying to make gingerbread, tarkha dahl and write all at the same time and I’ve already boiled my chickpeas dry, argh! But the main thing I’m trying to do is leave some notes for my boys so they know I’m thinking of them while I’m away. I wish they were coming with me but the big one doesn’t like camping and the small one has more needs than I can carry on the bus. I will have an amazing time, but I will miss them so much. So I’ve left them an envelope for each day I’m away, so they know I’m thinking of them. Tonight’s is simply a goodnight kiss. Tomorrow’s is a letter and a game to play with daddy, while Sunday’s is a drawing activity and a scavenger hunt, with the idea being by the time I get back they will have treasure to show me. I’m looking forward to being able to talk to the small one about all the things he did this weekend, and hopefully he won’t miss me too much. So camp, here I come. Bags packed, shoulders braced, bus fare in pocket. A proper holiday.

There’s a warm space inside all of us, soft and safe; no particular shape, but it’s probably curvy and if it was an object, it would feel just right to hold, like it was made for your hand. Sometimes this space is empty, and when it is, it calls out to be filled. A hollow feeling in your gut can warn you of this; a peculiar hunger that can’t be sated by the usual mastication and digestive processes. It’s a strange space, because sometime a tiny thing can fill it right up. The more it fills, the warmer it becomes, and you feel this like a glow emanating from your belly. Sometimes it even feels like your heart is radiating heat. The heat is also strange because even though only you can feel it, people around you can see it; you shine like a firefly, pulsing with inner luminosity. Some days you can search and search and find nothing to fill this space. Other days, you don’t even have to leave the house. A certain smell that triggers remembrance; the sound of a car door closing; the feel of arms around you; the sun rising after a long and joyful night; the taste of bacon and a hot cup of tea; all these things fill up my space, my happiness space. When it’s emptying, I remember the times it was full, and even just that memory can top it up a little, to keep me going until the next joy injection. Sometimes I’m running on fumes, but I don’t think I’m ever on empty. Right now it feels like the walls of the space are stretching to deal with everything that’s inside it!

Finally, thanks to the help of a friend, the PC is back in business and co-operating with me and this means it shouldn’t be too long before this CD is out.

It’s called Laying it Down and that’s because there are tracks on here that I have had since I was 16 years old. They needed laying down- recording, setting in digital stone- not to say that they can’t be changed or improved, but it’s time for me to stop saying that they’renot good enoughby refusing to record them and finally admit that they aremore thangood enough and let others hear them. Some people who know me will be amazed that some of these tracks haven’t seen the light of day before, at least in a public forum, simply because of the length of time I have had them and been playing them to select audiences. Last year was the first time I played some of these tracks to people other than close friends, at a gig in Dewsbury. I was terrified- me, who has been performing since I was 13. Self esteem is a strange thing. It often flows within me when playing music with others, but when it’s just me- I alone and no one to catch me should I fall from musical grace, it simply flows away- leaving me a quivering wreck! 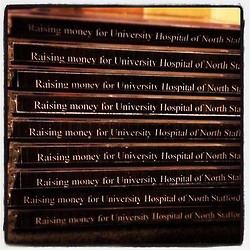 I said “No more! Enough procrastinating and out with it!” So It’s taken a few months but finally, the deed is done, and there are ten tracks combining my old stuff, my new stuff, and some lovely folk songs I have put my own signature on.

Once the album is totally done, I’ll be blogging again. Watch this space!

Is this a real blog? Is this just wafflety?

I’m a writer, so I decided I should have a blog. That’s what people do right? Record little snapshots of literal wonder at the world and lay them bare for people to go “ooh….ah…”…? I thought, this will keep the vernacular juices flowing even when there’s no opportunity to sit down and get my metaphorical teeth into my book. So here it begins, the life and times of Mabh Savage; be prepared for rants, raves, and reminiscing. Subject matter subject to change depending on situation. There’s an album and a book on the way- really! Not about me. Or this blog. Or what will be a blog. The book is about exploring the relevance of Celtic mythology in a modern age. More than half way through the task now, I’m surprised and delighted how easily the words have travelled from my brain to the screen, although finding the time around my gorgeous two year old and my less than gorgeous tech support job has certainly been…challenging, to say the least. But it’s really happening, and so far it reads like the whole thing may actually make sense, so I’m very happy. The music is on hold until my new ink cartridge arrives so I can get the CD covers done. The post (or post man) has apparently eaten the replacement one Manchester Inks were supposed to be sending me- that’s right Manchester Inks on eBay, you have been called out as being either lazy, feckless or dishonest for not replacing my cartridge or replying to my mails! Grr!! You can see a sample track of the album at SoundCloud: http://soundcloud.com/mabh-savage/dogs-and-ferrets

There’s ten tracks, a mix of folk music and originals. It’s all in aid of the following cause: https://www.justgiving.com/Dagda-Jennifer

Read the story and you’ll see why I want to raise some money to help out. All proceeds of the album sales will go here- that’s not profits, that’s all the money I make. As soon as its available I’ll be…blogging. Yes. That’s what I’m doing. I also tumbl(r) at

but if you’re either here or there, you won’t miss much…