Pagan Portals: Celtic Witchcraft (2016, Moon Books). Learn how Celtic legend and mythology can bring magic into your daily life. Walk with the Tuatha Dé Danann and hear their wisdom on the wind. See colour as a doorway to a magical world. Speak to animals and become one with the turn of the seasons. Including practical exercises that can be performed by witches of all abilities, this book will teach you how your Celtic forebears are still alive, in the sorcery and skill of the magical practitioner.

A Modern Celt: Seeking the Ancestors  (2013, Moon Books). A Modern Celt looks at the Tuatha de Danaan, who they were and their continuing relevance in the 21st century. 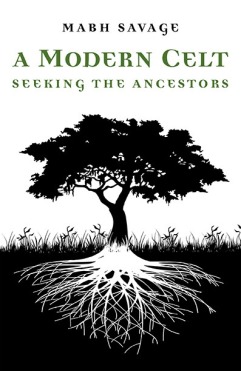 Books I have contributed to:

Pagan Planet: Being, Believing and Belonging in the 21st Century (2016, Moon Books). What does it mean to live as a Pagan in this uncertain world of climate change, economic hardship and worldwide social injustice? What does it mean to hold nature as sacred when ravaging the land is commonplace? How do we live our Paganism in our families and homes, our communities and countries? My chapter covers respect, and often the lack of it when non-pagans are faced with aspects of life they don’t or won’t understand.

Naming the Goddess (2014, Moon Books). Naming the Goddess is written by over eighty adherents and scholars of Goddess and Goddess Spirituality, and includes contributions from Selena Fox, Kathy Jones, Caroline Wise and Rachel Patterson. Part 1 is a series of critical essays focusing upon contemporary Goddess issues. Part 2 is a spiritual gazetteer featuring over seventy Goddesses. I was honoured to write about Badb, the Celtic war goddess.

Paganism 101: An Introduction to Paganism by 101 Pagans (2014, Moon Books). Paganism 101 is an introduction to Paganism written by 101 Pagans. Grouped into three main sections, Who we are, What we believe and What we do, twenty topics fundamental to the understanding of the main Pagan traditions are each introduced by essay and then elaborated upon by other followers and practitioners, giving the reader a greater flavor of the variety and diversity that Paganism offers. I wrote the lead chapter on the often tricky subject of ‘Afterlife’, exploring the diverse traditions differing pagans hold.

Essays in Contemporary Paganism (2013, Moon Books). In this absorbing anthology twelve Pagan writers from across the globe offer a unique perspective on Paganism today in both its theoretical and practical aspects. My essay covers an introduction to Celtic inspiration in modern paganism, and was the forerunner to my first full volume, A Modern Celt.